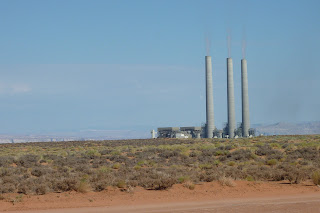 I booked a room in San Diego back when the convention hotel lottery opened up, but I wasn't sure if I wanted to go to Comic-Con this year. I haven't been since...2006? It's crowded and chaotic and the benefits of going are unclear, maybe even nonexistent. Once this was THE place to go for meeting people, but now that tens of thousands of people attend, it's a crapshoot on meeting anyone at all.

And then I did the San Diego math. Hotel rooms there are way too expensive, and we're long past the point where my various little travel tricks get me something cheap in the face of insane prices. I remember when I could crow about scoring the Hyatt for $70 a night on Priceline. That was a long time ago and doesn't happen anymore. 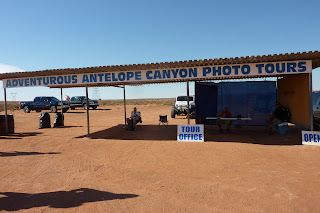 So I cancelled my reservation and decided not to go. But then the Kuwaiti company I work for decided to send me to represent our end of things on a panel about the animation made from our intellectual property—you might remember I went to Anaheim for the same reason back in mid-March.

So I rebooked my San Diego hotel room and sat down to book my plane ticket.

But if I was already flying out west, I wanted to take advantage of the opportunity to see a few things. And yet, I've been out west so many times...what could I see that was new to me?

I dug around and found this. 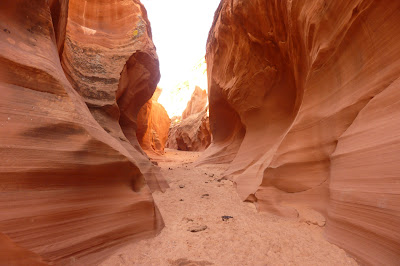 And so on Saturday morning, I drove out to a meeting point by the "Navajo Generating Plant" in Page, Arizona, where a Navajo guide named Josh put me into a 4WD and took me on a photo tour of three slot canyons: Owl, Rattlesnake, and the famed Antelope Canyon.

Josh showed me how to use my Lumix point-and-shoot in a way I didn't know was possible, and then he led me into the canyons. We didn't encounter anyone except in the second half of Antelope Canyon, which is the one that gets the crowds.

The scenery was stunning—I can't think of why more people aren't aware of these canyons, unless it's purely geographic. The slot canyons may be overshadowed by the Grand Canyon, Bryce, Zion, Monument Valley, Arches, Canyonlands, and all the other fun things nature did with rocks and water.

Here are some photos. 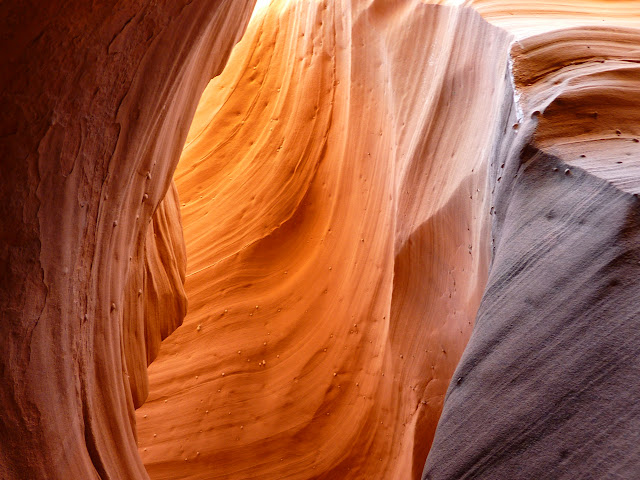 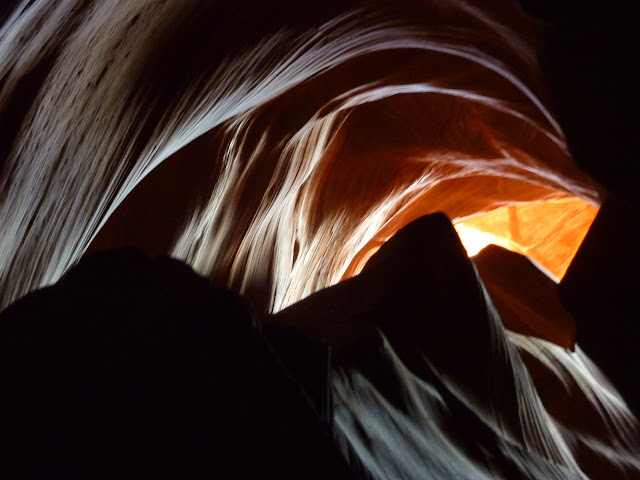 I'm sure you'll tell us someday what it was he taught you about using the camera...

Oh, you know, the sorts of things I could have learned if I'd actually read the manual. WHERE on the camera I could go to change the ISO, for example, which I hadn't realized I could manually control on a point-and-shoot. And there's a setting for changing colors from "standard" to "natural" or "vivid." Which means that I was pumping up the contrast in these snapshots, and the colors were not really quite this vibrant. Hmmm. Oh, and he showed me to use a highlight, but not too bright, to focus so that the detail wouldn't get blown out.