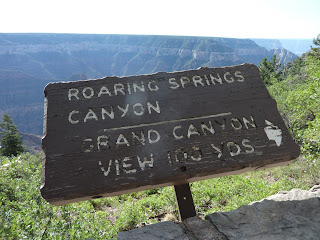 I packed up camp quickly on Monday morning, then headed to the Grand Canyon Lodge for a morning nature walk with a park ranger.

"People worry about mountain lions," explained Ranger Gaelyn, "but the problem here is squirrels biting people when people try to feed them."

We were out  looking for the local version of a squirrel, the Kaibab Squirrel, with its big bushy white tail.

Somehow, I ended up talking to an older woman who was traveling with her husband and adult daughter.

"We saw you in Page," she said. "You know the German guys you were talking to at the campground? We were on the other side from them." 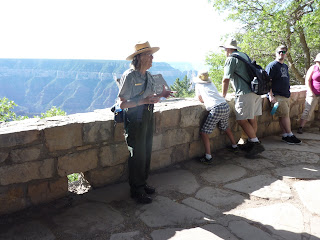 "I thought you were so brave, camping alone," chimed in the daughter.

I was a little embarrassed now. I hadn't realized I'd been a spectacle. But it was funny too, that us tourists would cross paths repeatedly on our circuits around the American southwest.

The nature walk lasted for about two hours, and then it was time to move on, time to get in my car and head back to 89A, on to Kanab for a night of resting in a hotel.

I left the rest of the group and walked to the parking lot.
And guess what I saw there near my car? 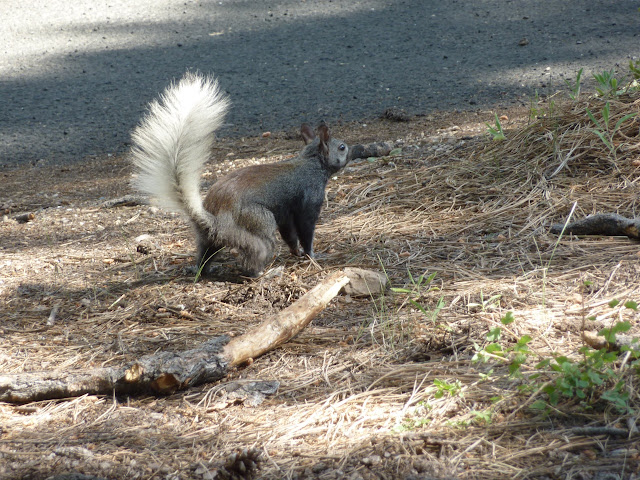