Train Comin' Round the Bend 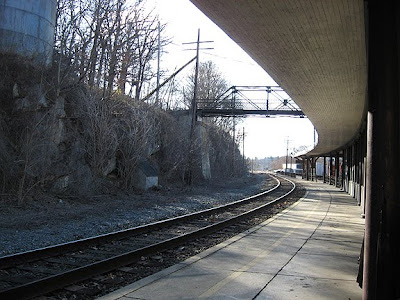 I took the train to and from the Shenandoah Valley for the first time ever over Thanksgiving.

I'd never considered it before because the passenger train only runs a few days a week. Usually, I either drive my old car or I take a Boltbus or train to Washington DC and then rent a car from there. Or just whine until my mother and sister agree to drive up and meet me in Alexandria, which is a little more than halfway if I take the train.

I took the Greyhound bus once to Winchester, Virginia (useless tidbit: birthplace of Patsy Cline) but that bus was canceled.

This time, the Amtrak schedule worked out perfectly for my needs and the price wasn't bad either. The train journey itself was long—more than seven hours—but vastly superior to driving, because I could read and sleep.

I took the above photo while waiting for the train to pull into Staunton to head back north to Newark/New York. I forgot to take a photo of the train pulling in, so I stole the below one off my mother's blog. 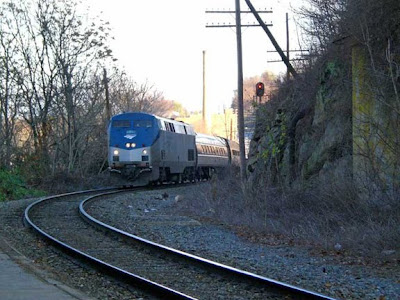