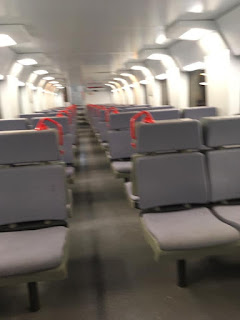 Good news though. My plan to stay right next to the Barceloneta train station (Estació de França) worked. I practically rolled out of bed and onto the commuter rail.

I have seldom stayed in a hotel in Barcelona, having only stayed in apartments up until the one time I stayed in an empty dorm, following that up with a stay in a Gracia hotel last year.

My regular apartment complex had space, but once I found listings for Hotel Santa Marta in Barceloneta right next to the train, I had an idea. I needed to get an early flight from Barcelona to Frankfurt on Monday, and if I stayed at my regular spot, I'd have to walk or get the metro up to the airport bus. What if, I thought, I caught the first train to the airport?

The later trains involve connections but this one is direct.

Easy-peasy. Bonus—the airport shut down later after protests. I was lucky to get out when I did. Imagine if I'd been sent to Frankfurt Book Fair and gotten stuck on my own plans in Barcelona. This would be a bad thing. 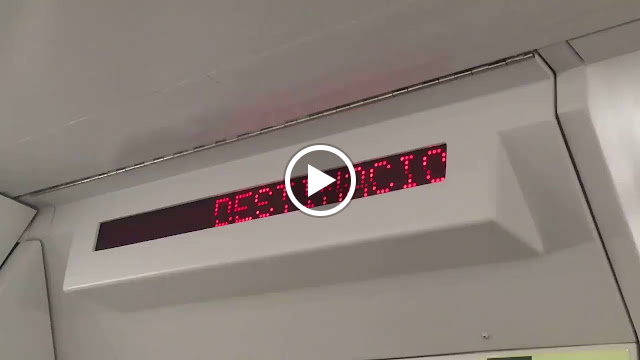 You had good luck.