Now Santa Can Come In

Houses are money pits. This we know.

"Your chimney leaks," MK told me a while back. He'd been inside my little ground-floor studio during a thunderstorm.

"Awesome," was my reply. Just what I needed. 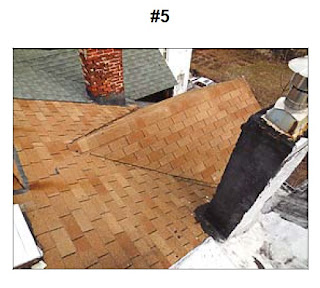 It wasn't so much I'd overlooked that part of the report as I couldn't get any chimney guys to call me back. My friend Tracy had a chimney guy who'd worked on the house she lives in, and though she'd been a bit annoyed at his "now, lemme tell you a thing or two, little lady" attitude, the work had been fine. I'd probably called the guy ten times, and just gotten full voice mail every time.

So I took to Yelp, and dug around until I found one that seemed respectable. Theron took a look, said there was good news and bad news. The good news was the sealed front chimney had nothing venting into it, and they'd be happy to removed the old bricks which had been left on the roof from when that stack had been dismantled. And the rear chimney is lined and capped, which was good...but over the years, the mortar had cracked and crumbled. Whoever had dealt with this in the past had simply tarred over it, and then the tar too had cracked. 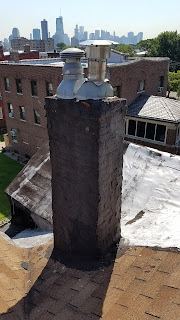 There were two possible solutions. One was to dismantle and rebuild the chimney. The other was to ask BBF to quietly go up the roof hatch with new tar.

I'm all about the easy fix when it will solve a problem for a good long time, but tarring over a busted chimney seemed like an unexceptional plan to me, so I asked Theron to do the complete rebuild.

His team showed up on time, when they said they would, and did the work they said they'd do. MK had to go over and again ask the nuns next door for access to their driveway and gate, and my tenants in the top-floor apartment were only bothered once, when the workers initially went in through the roof hatch.

I have so far been surprised at the quality of work at each step on my house. I know people have a hard time with contractors, but I've only had responsive, excellent experiences so far. Maybe because I've researched each time and hired people with strong recommendations. Maybe I've just been lucky. But my window guys, my heating guy, my stucco guys, and my chimney guys have all been responsive, smart, and utterly pleasant. And of course, BBF did the kitchens and he does stellar work.

I have a bit of sticker shock from my house, and I frequently have to remind myself. I got an incredible deal on Craigslist because the previous owners were tired of tenants, lived out of state, and had no idea of the growth spurt about to hit Bergen-Lafayette. Every time I go back home, something new is popping up. Shared bikes. A fancy coffee shop. New condo developments. More work on two empty restaurants.

My chimney will ultimately be a bigger part of a complete investment. For now, it's just another bank account hit with a hell of a view. 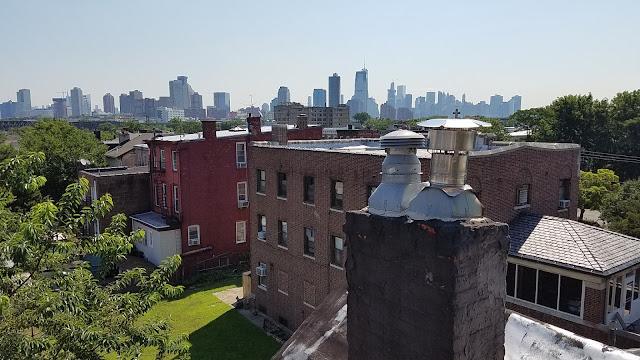