I've spent the last few weeks being confused about my future.

See, I can't decide where to live.

I currently rent in downtown Jersey City. I moved here in 1988 after a short stint in Riverdale (Bronx), and lived first in Harsimus Cove and then over by Van Vorst before moving to the East Village in 1992. I stayed put there in my Avenue B condo until January of 2001, when I took off for MariesWorldTour 2001. When I returned in late 2002, I bought this lovely place, though it sure wasn't lovely when I first bought it. Which is why I chuckle to read about the "original" detail I put into it. The "tin" ceiling is from MBoss and the medallions are from Home Depot. And I spent an awful lot of time at Olde Good Things matching hinges. And the cast iron cover on the fireplace was redone by Turbo the Aussie and Dip 'N' Strip in Hackensack. And who can forget with Roberta and I blew in insulation? Or all that stained glass I found on eBay or got custom-made by an artisan in Canada? Or the most absurd, when I worked out how to plumb an island sink on my own? The pine floors are original, exposed in one long, painful week by me and Michael Kraiger. Someone covered them up long enough ago that they had no damage.

I sold that place when the neighbors all committed to spending lots of my money on major projects (triggering tax reassessment to boot), and that's when I moved to Cairo. When I returned, I moved into my friend Yancey's place on the park (he's away for his wife's job and education), and I've stayed put here since.

And I love it. I love sitting high above Hamilton Park. My perfect apartment around here would be a detailed Victorian on the top floor on the park, with a little back terrace. I want picture rails and medallions and wide heart pine floors and a beautiful fireplace. I have many of these things now, but I'd like a little terrace out where the fire escape is, and I want to be one more flight up, because that's where you get an extra 4-6 feet to build a sleeping loft. 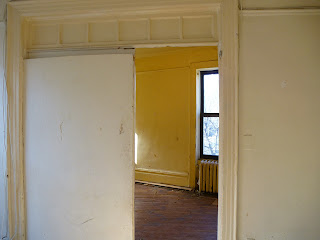 That's all possibly too much to expect. But it doesn't stop me from hoping one comes up for sale.

I relentlessly read the real estate listings. I've seen a few places that are decent and almost right, but not quite. They're on the ground floor, which I don't want as it's not secure, or they're on a middle floor, which is the worst of all worlds. Or they're far from the park or on an ugly block or simply out of my price range.

I always check Trulia or Zillow to see what is new, and glance at Craigslist and Homepath. 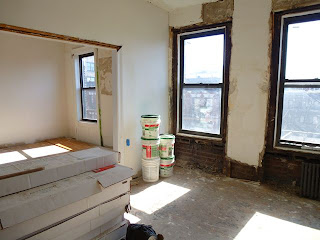 Lately, however, I've started to wonder if maybe I should move back to Manhattan. Uptown, above Central Park, is a tremendous bargain by local standards. And there are these affordable housing co-ops available to people who make under set limits (that's me), and it's recently become clear to me that I could pay cash for a studio or small decrepit one-bedroom and get a huge space for something quite affordable.

I love where I live. It's where I have friends. And things are finally kicking off in JC in a way that we were always just teased with before. Where I live is closer to the parts of Manhattan I need to go to, even. But man...when I saw some beautiful old pre-war places up in Hamilton Heights (just above City College) a few weeks ago, I damn near fell in love with the idea of a giant pre-war.

If I didn't have NO FRIENDS up there, I'd already have put in an offer.

But there's something to be said for quality of life, right? Friends, the park, the coffee shop on the corner, the gym I like to pretend I go to, the new restaurants and Cuban place and White Star...it would be hard to leave it all behind. 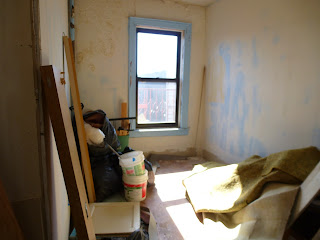 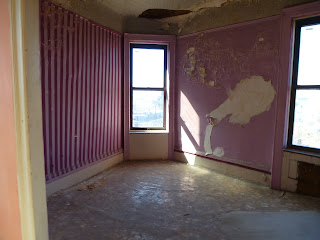 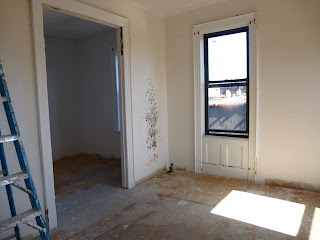 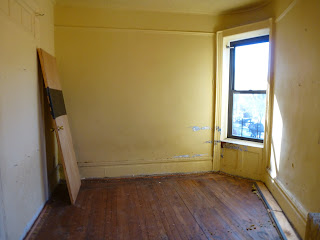