Canoeing last Saturday was fun, but equally intriguing was this sign by the parking area. 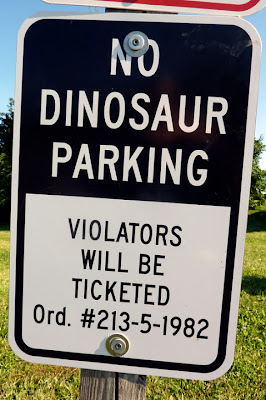 My 1990 Ford Taurus and I tried not to take offense.

"Should we go see the dinosaurs?" We'd just finished canoeing, a lethal-looking insect was sucking blood out of my canoeing partner's upper arm, and I was covered in sweat and sunscreen, but we were right there, where there were obviously dinosaurs.


"Okay." My canoeing partner, EJS (according to his Frogger high-score entry), looked a bit uncertain about this whole endeavor. 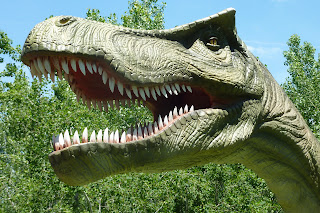 He was probably more uncertain a minute later, when we relocated both our vehicles to the dinosaur parking lot so as not to violate Ordinance #213-5-1982, and learned that parking in that lot would set us each back ten dollars.

Adding insult to injury, admission to see the animatronic dinosaurs at Snake Hill was $25, and we even had to wait in line because we hadn't bought our tickets online. Because why would two people with enough tech between them to start a resource war think to order tickets online?
The dinosaurs weren't cheap and once was enough, but they were pretty cool. Though I'm not sure why some of them were in cages in the back of a pick-up truck. 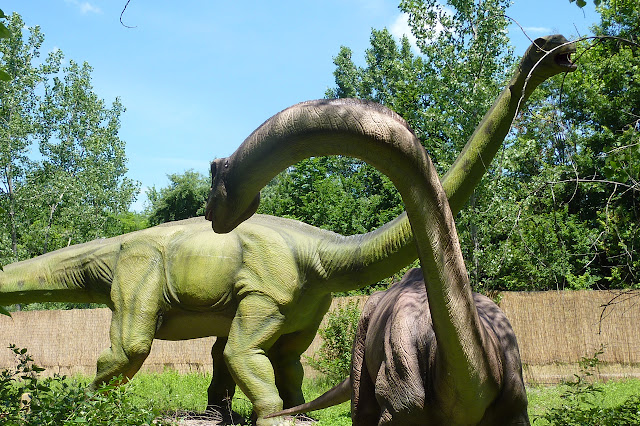