Last night, I was walking past Fifth Street in Jersey City with Eric, who had been to a party I had there in 1989, when I lived with several housemates.

The party had been for Marie's birthday, I guess her 23rd, and Daniel (the professor I went to visit in Bahrain a few years back) had made her an Elvis-head cake.

"Hey," said Eric. He was pointing behind me right as I described the Elvis cake, which had met death by toilet-flush after developing some interesting mold. (I am not in the habit of flushing old cake down the toilet, but I guess they do things different in Texas, where Daniel lived at the time.)

I turned to see a ceramic Elvis bust in the window of the retirement home on the corner of Fifth an Erie. 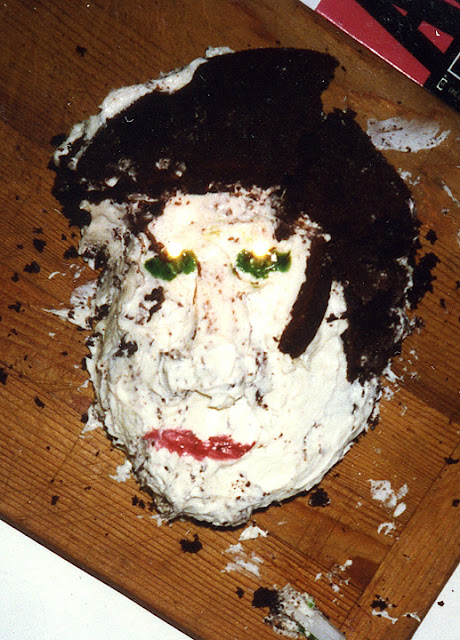