The Jewel in the Crown 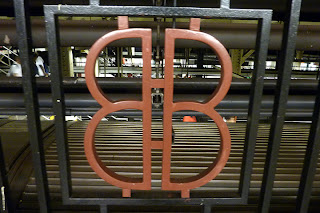 I've long heard rumors of the grand, closed subway station under City Hall. This is one of those rumored New York things, something everyone knows about, but no one is quite sure how you see it.

Then, a few years ago, the #6 train starting taking passengers through it. But the inside of the train was light and the station dark. It's hard to get a good look at the defunct stop as you whirl through it while the train turns around to head back uptown.

I finally read about tours on some blogs.

But how can I do this, I thought. 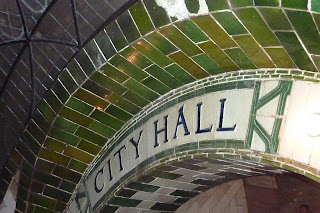 I had some incentive to find out earlier in the year, when there was a guy hanging around who liked to take photos of cool and unusual spots. So I bought a family membership, which allows me to purchase more than one ticket for the members-only Transit Museum tours, including the "Jewel in the Crown" tour of the City Hall station.

Mr. Snapz is gone, leaving me with an excess of member-rights. I drafted Michael Kraiger, much as I did Roberta when I had Magnetic Fields tickets in 2008, Helen when I had two free canoeing slots in the Meadowlands during that same break-up, and Stuart when I recently had to pawn off an extra theater ticket during the Public Theater's production of GATZ. 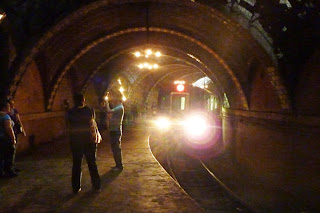 My friends don't do too badly off of my misadventures. I mean, aside from having to listen to me be baffled and waffling about my own self-worth for weeks on end. Which admittedly can't be a lot of fun, and I'm horrified when I look back and see what nuttiness on the behalf of others I assumed had something important to do with me.

Kraiger and I headed over to the Brooklyn Bridge Downtown 4/5/6 station yesterday morning, where we were buzzed in behind the turnstiles. A small crowd had gathered by the dispatcher's booth at the southern end of the #6 platform.

We were given radio devices so we could hear over the trains, and sent in on a #6 to see the station.

Which is amazing, though I did think there would be more to it.

Here are my photos of the "Jewel in the Crown." 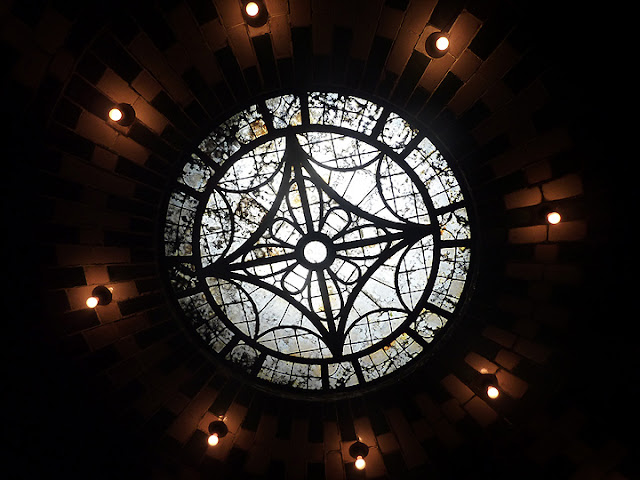 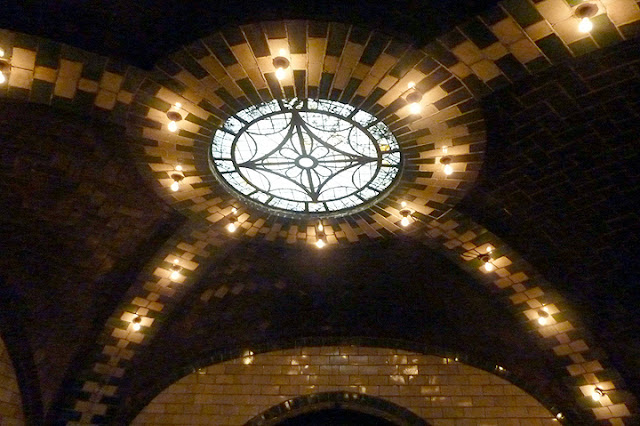