It's snowing here, which has me cowering in the chill of my apartment, but it's also Squirrel Appreciation Day, which reminds me of the time a squirrel leapt from the top of my old apartment building and landed three stories down in the yard. He looked kind of stunned, then walked away. I can't imagine he survived, though he hadn't appeared to break anything.

He probably thought the berry net would be covering the yard--it went up in mulberry season and came down the rest of the year. The squirrel had probably been using it as his own personal shortcut down to the yard.

Here are a few squirrels that Steve and Yancey drew for me when I was working on a top-secret squirrel project that never got off the ground. 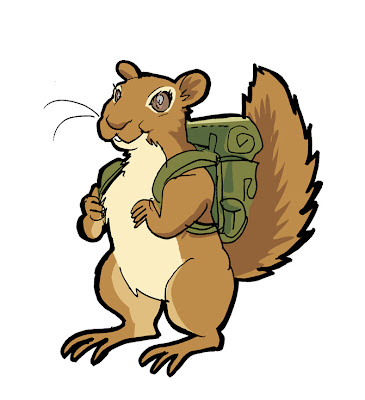 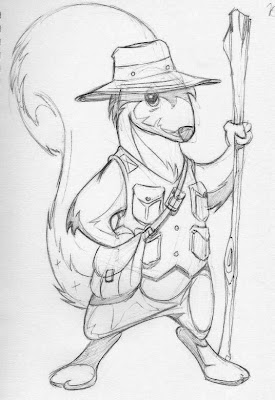 Those are great looking squirrels!