My adopted hometown got a facelift while I was gone.

Downtown Jersey City has been going gourmet and poofy for some time—certainly before I left, restaurants that serve upscale food had started to survive rather than tank within a year. Some still faltered, perhaps because they were too ahead of the curve and the potential audience wasn't quite here yet. I only managed a few Vietnamese sandwiches and some half-assed knitting lessons (it's a fact, I suck at knitting) before the banh mi store tanked and before the knitting cafe called it quits.

Late last week, I was running errands, getting printouts and faxing from PostNet, when I stumbled over something...how can I put this...ridiculous. A cupcake cafe. Here. Where once we were excited when a Subway sandwich shop opened up across from a grimy Chinese place that later became a mainstay Cuban restaurant, two blocks from a bodega and refrigerator shop which eventually became a popular restaurant and a coffee shop, respectively. This block once housed Whitegirl dress outlet and Cornucopia foods, two fantastic places so far ahead of their time, barely anyone even knows they once existed.

And here's what's funnier about the cupcake shop.

We have two. Why? Well, what are you going to do if one of them is closed? Doesn't every emerging neighborhood need two cupcake shops? And another attempt at a gourmet pet supply store? Sure, why not.

I think back to when I lived on Avenue B and we lost the combination hardware store/hair salon, with mom-and-pop Puerto Rican businesses turning into restaurants I couldn't afford, which seemed to specialize in duck.

Am I complaining and resentful? Maybe a little. But only because it feels like what was once mine has slipped away. I don't recognize the newcomers. They are so much younger than me and they seem to have a lot more money than I do.

But then, who doesn't? I made a lifestyle choice many years ago. I'm tempted to go back on it now, to make a decent living, to patronize new restaurants and buy new clothes and even try a few cupcakes.

It's unclear how my internal employment conflict will resolve itself. Making comics four days a week worked pretty well in the past, but I'm not sure I can survive on part-time work anymore. Dammit, I want to buy cupcakes with the young newcomers who seem able to afford so much more than I can.

Poofy and gourmet can be kind of cute. On Avenue B, in extreme-gourmet Brooklyn, in downtown Jersey City. I'm past the point where I want to navigate around drug dealers and dog shit. I'm enjoying access to good food and adorable local businesses, which are all so much better than Subway and the greasy Chinese place that used to be on Grove Street. I'm loving having a great pilates gym across the street. I adore the efforts that local artists are making 100 feet from my apartment, opening studios and offering acting and dance classes in what was once a private hospital.

The conflict is primarily financial--how can I keep living here? Will the property tax revaluing drive me out, as it drove out so many old-timers in 1988, the last time the city revalued?

I'm not going anywhere. I'm pretty sure of that. Maybe I'll even get a normal job, so I can eat cupcakes with the young'uns. Anyway, a real job wouldn't hurt as I have to pay off the huge credit card bill I incurred from going to Tibet, Bhutan, and the Marquesas during MariesWorldTour 2011.

I went up to Journal Square today to drop my car off with Mike, the mechanic I've been going to since 2004 or so. Henry the 1990 Ford Taurus seems none the worse for wear for sitting in place since February of 2011.

I walked back home, down the hill along Newark Avenue, snapping some crappy iPhone 2G photos as I went. And you know what? Old-school JC is still up there, right up the hill.

I can stay here in Cupcake-Ville, and visit any time I want. 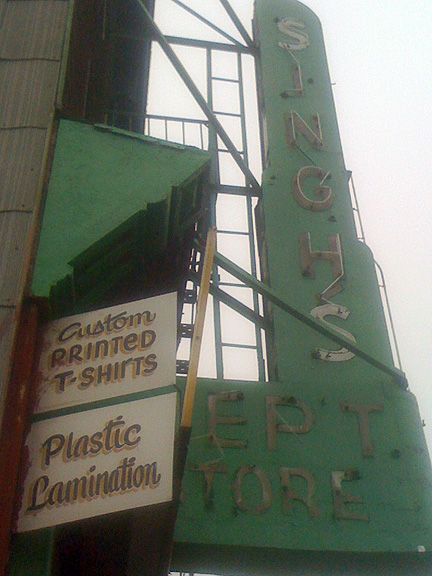 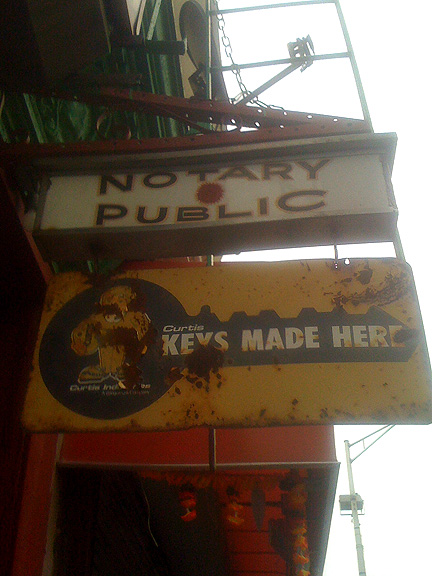 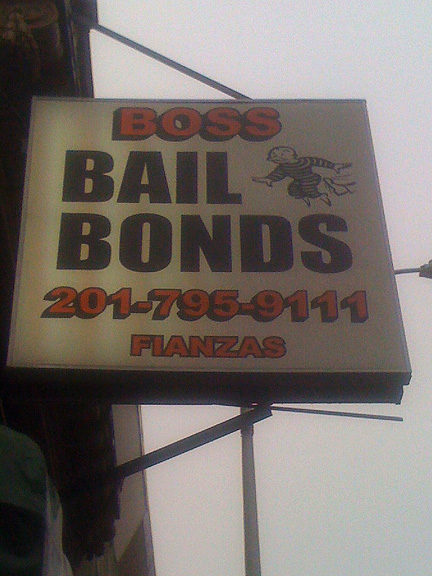