I got up just before sunrise, jumping out of bed and throwing back the covers, to check to see if the Atlantic City hotel I was in had bedbugs.

I happen to be an expert at bedbug spotting. That is, I can see wiggling spots of blood at the crack of dawn. Yes, I know this from experience. Travel enough and sooner or later they get you.

No bedbugs. The hotel was new and clean. It probably had opened up after the Great Bedbug Scare of 2010. 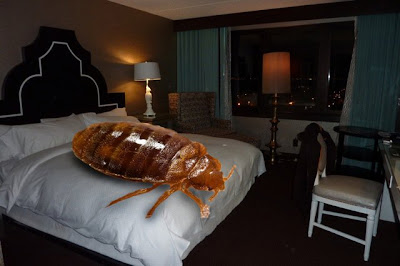 photo(shop) by my friend Al

I coughed up the ten bucks or so for the hotel breakfast, noticed too late that the shitty hotel across the street had a $3 breakfast advertisement on its roof, and then headed out to the beach.

And I wandered up, passing Tropicana, Boardwalk Hall,

I love Atlantic City in the off-season. There's something about a summer resort town being empty that appeals to me.

But I wasn't here to visit Atlantic City. I was here to go inside Lucy the Elephant. 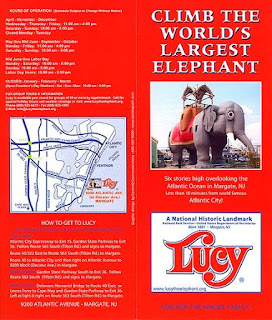 I've been to the outside of Lucy twice, and taken lots of photos of her. But I've never been inside.

And who wouldn't want to go inside a 65-foot-tall wooden elephant?

Lucy is a few miles away from A.C. in Margate City. I'd looked up the bus route on NJTransit.com, but that didn't stop me from getting on the #505 bus that terminated at Franklin Avenue instead of the #505 bus that went all the way down past Lucy.

I knew we weren't that far away, because I spotted a telling water tower. 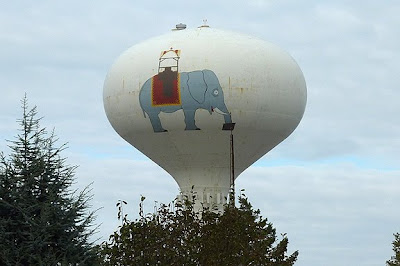 I hoofed it from Franklin Avenue to Lucy, which was far enough, about a 20-minutes walk.

Lucy opened at 11, and I got a tour of her guts, before catching the bus back to Atlantic City to get lunch.

Here are some photos I took of Lucy the Elephant. 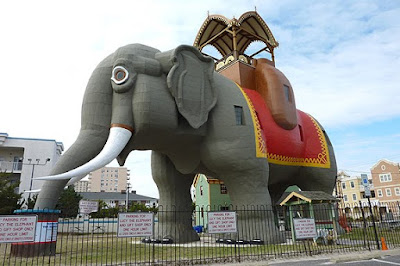 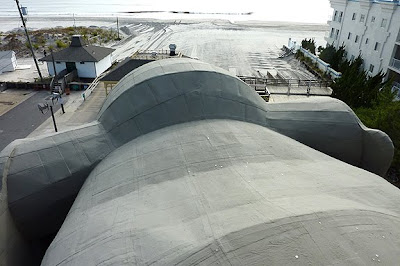 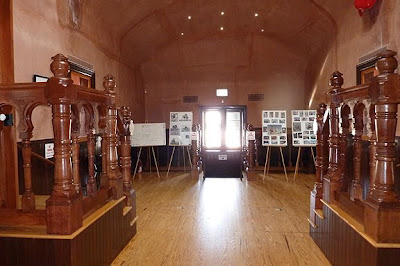