So I made cake. 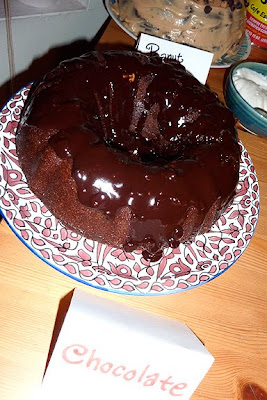 I made chocolate cake. 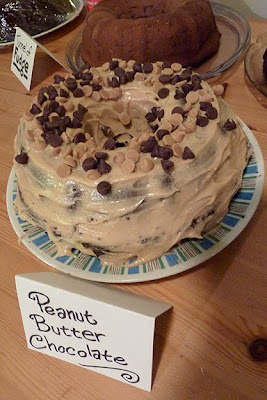 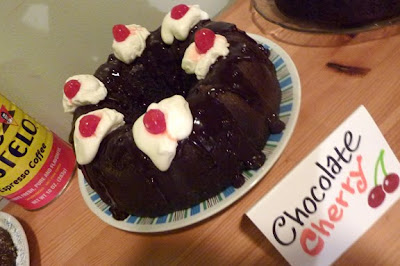 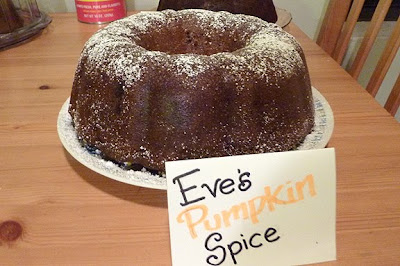 Eve from college sent me a recipe for pumpkin spice Bundt, so I made that too. 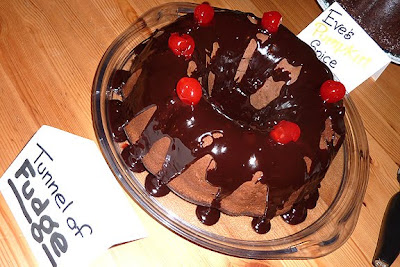 Finally, I made a tunnel of fudge. 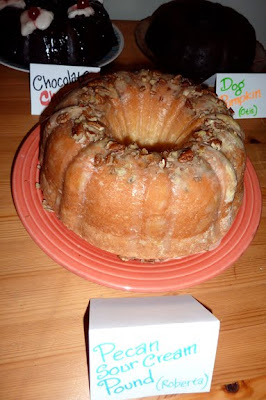 And Roberta brought over her own cake. So did Otis, for his dogs. Or rather, he mixed it, using pumpkin as a base. I baked it in my oven, because his is broken. I never tasted this year's dog-pumpkin-cake, though last year's dog-yam-cake was a big hit with people AND dogs. 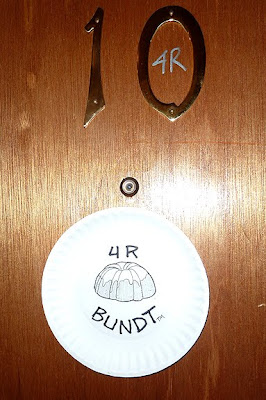 Bundt Day comes but once a year. Damn good thing too. It was exhausting making all these cakes. About a dozen people came over. Michael Kraiger supplied the signage. 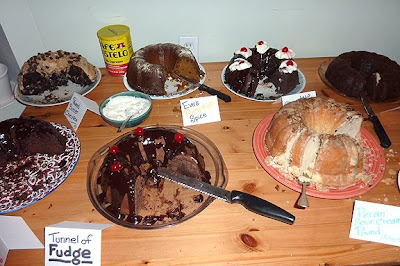 Complete set of Bundt Day photos here, including cakes that happened on the West Coast.
Posted by Marie Javins at 8:53 PM