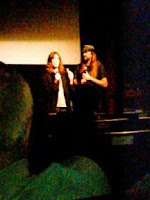 Sometimes I question the decisions I've made, or rather backed myself into. In the early part of 2008, when I had a good reason to hang around, I dedicated myself to reassimilating into my home society, to re-learning how to exist within a normal structure. I was going to stick around New York for a while instead of roaming.

I signed up for classes. I'm going to be here anyway, what the hell. I agreed to teach coloring at SVA. Why not? Then my good reason evaporated. My commitments were less elusive. They stuck around. Maybe there's a lesson there for my famed fear-of-abandonment. The crap won't leave you. Feel better now?

Still, reassimilation is a good thing. Learning to be comfortable at home is not a bad skill to regain. But then, am I just trying to fit a square peg into a round hole, with confused goals? Is it perhaps someone else's norm to stay home, when I would be thriving on the road, taking the bus from Morocco to Ghana to my little apartment in Namibia to Cape Town?

I don't know the answer to that. And I won't for several months. I think it's worth trying, this hanging around thing. If my results are limited, I'll be frustrated, but my reassimilation scheme could actually work. I've been startled by how much fun I've had so far as I've consciously gone out into the world to meet people and do things. It's been an incredible summer, which surprises me.

And as Matt H pointed out a while back, there are worse places to be stuck for a year than New York City.

For example, I went over to Film Forum last night to see the Patti Smith documentary.

The movie was...I dunno. Kind of long. It had its moments. But afterwards, Patti Smith unexpectedly strolled up to the podium. 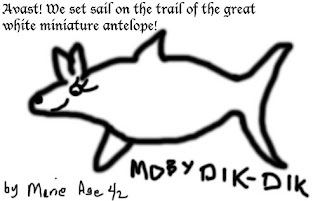 She was not having the best day. Her basement had flooded. But she told stories, took questions, and finally told a story about Moby Dick.

Back in elementary (or maybe middle, I don't know) school in South Jersey, she'd been bored silly by how the teacher was telling the story of Moby Dick. "Then come up here and show me you can do better," said the teacher.

Patti Smith is an orator, first and foremost. She went up there and engaged the class and by the end, "everyone wanted to join a whaling vessel."

Where else but New York? Certainly, were I crashed in a dusty hotel room in Ghana, Patti Smith would not have strolled in.

Maybe there's something to this staying home stuff.
Posted by Marie Javins at 10:24 AM