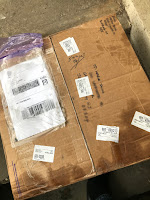 My FedEx Ground box looks like it had quite a few adventures in the Jersey City depot since it arrived there on 5/21.

It looks like they tried to deliver it and and I wasn't home. (Which is completely false.) The tracer person told me the problem was they thought it was a business, and so the business was constantly closed because most businesses are closed now.

I suppose it's possible they thought it was a business in spite of the sender (me) marking it "Residential" and in spite of it being sent "Home Delivery." And in spite of me calling about 12 times and saying my name, address, and "It's residential" over and over.

A different tracer told me it kept almost getting sent out from the depot but had never actually left, that's just how far behind they were.

Today I saw the FedEx guy on the street and went over to him and there was my box on his cart. I guess it would've gotten here without me doing that, but who knows.

I was nearly at the airport this morning, which would have just figured. Fortunately, something came up and I had to delay my trip again.

Anyway, the big monitor looks great and is much better for sitting up straight and seeing things. Bonus: My desktop doesn't look like as much of a disaster as when all my files are on a tiny screen. 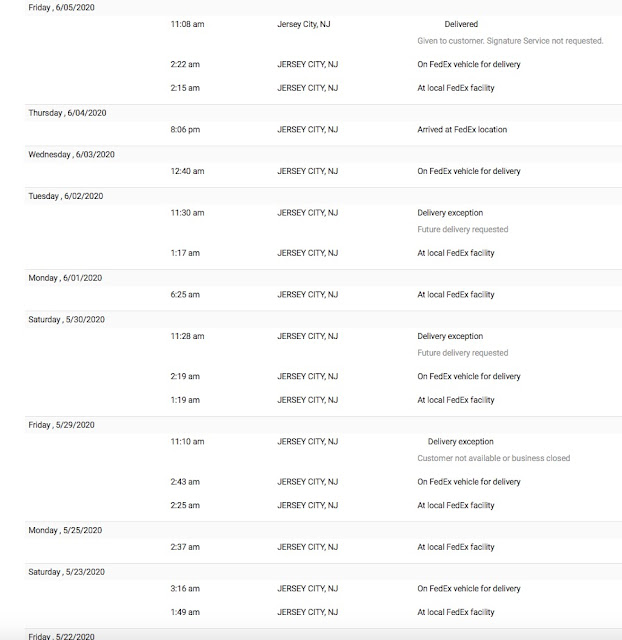