A Jawa Sort of Morning 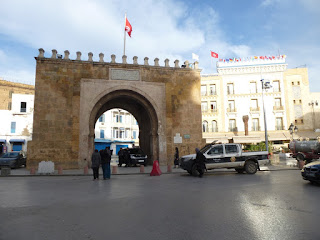 I finally had a chance to sleep in and enjoy a normal breakfast for once in Tunisia.

So who was that person talking loudly downstairs in the guesthouse at six in the morning?

Eventually, I figured out it was the breakfast cook, but she wasn’t talking, she was watching TV while she prepared breakfast.

The guesthouse is amazing—it’s a restored medina house, but there are a few downsides to staying in a beautiful, old place. One is the sounds—they echo throughout the house. The other is the owner refuses to give the guests keys, because she’s “always home.” Which isn’t at all true. But her house was so nice I didn’t have the heart to scold her. 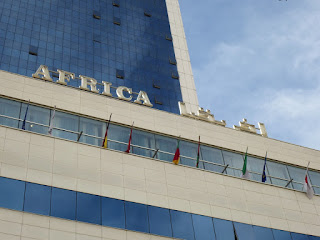 I joined a Chinese group of three for breakfast—it was croissants, omelettes, flavored yogurt, and bread. If you don’t eat bread products, don’t come to Tunisia. Or leave home. One thing about traveling is all the damn bread you end up eating. Bleh. Always bread. I ate a croissant and split.

For my last day in Tunisia, my plan was to visit the ruins of Carthage and to get very lost in the Tunis old town.

I headed out into the medina, where I immediately succeeded in part of my plan. I became lost almost immediately, walking in a long circle before stumbling out at the main gate onto the wide boulevard of the new town. The sidewalks were suddenly level. The streets were orderly. A central walkway divided two roads, one heading in either direction. I was heading to the TGM trolley at the end of the grand boulevard along the Tunis commercial district. 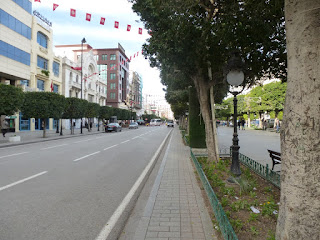 The walk from Place de la Victoire to Tunis Marine for the TGM was 20 minutes long, and ended near a clock tower in the center of a roundabout.

That was my cue. Where was it? The building I was looking for was near the clock tower, reportedly behind the tourist information center.

Did I say the Star Wars portion of our trip was over when I left Djerba? 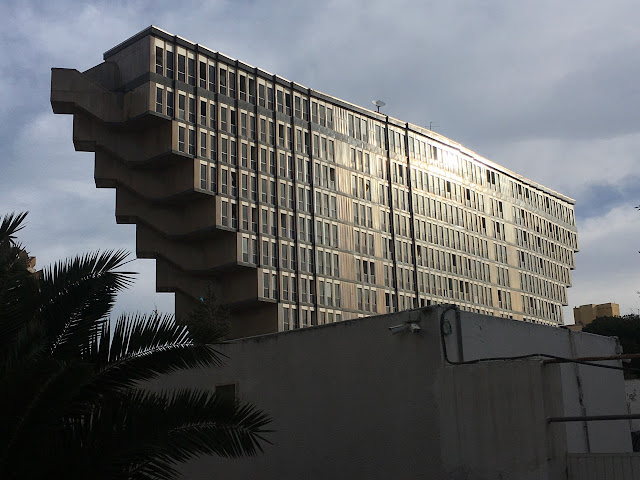 That last bit of architecture certainly fits the Jawa bill!