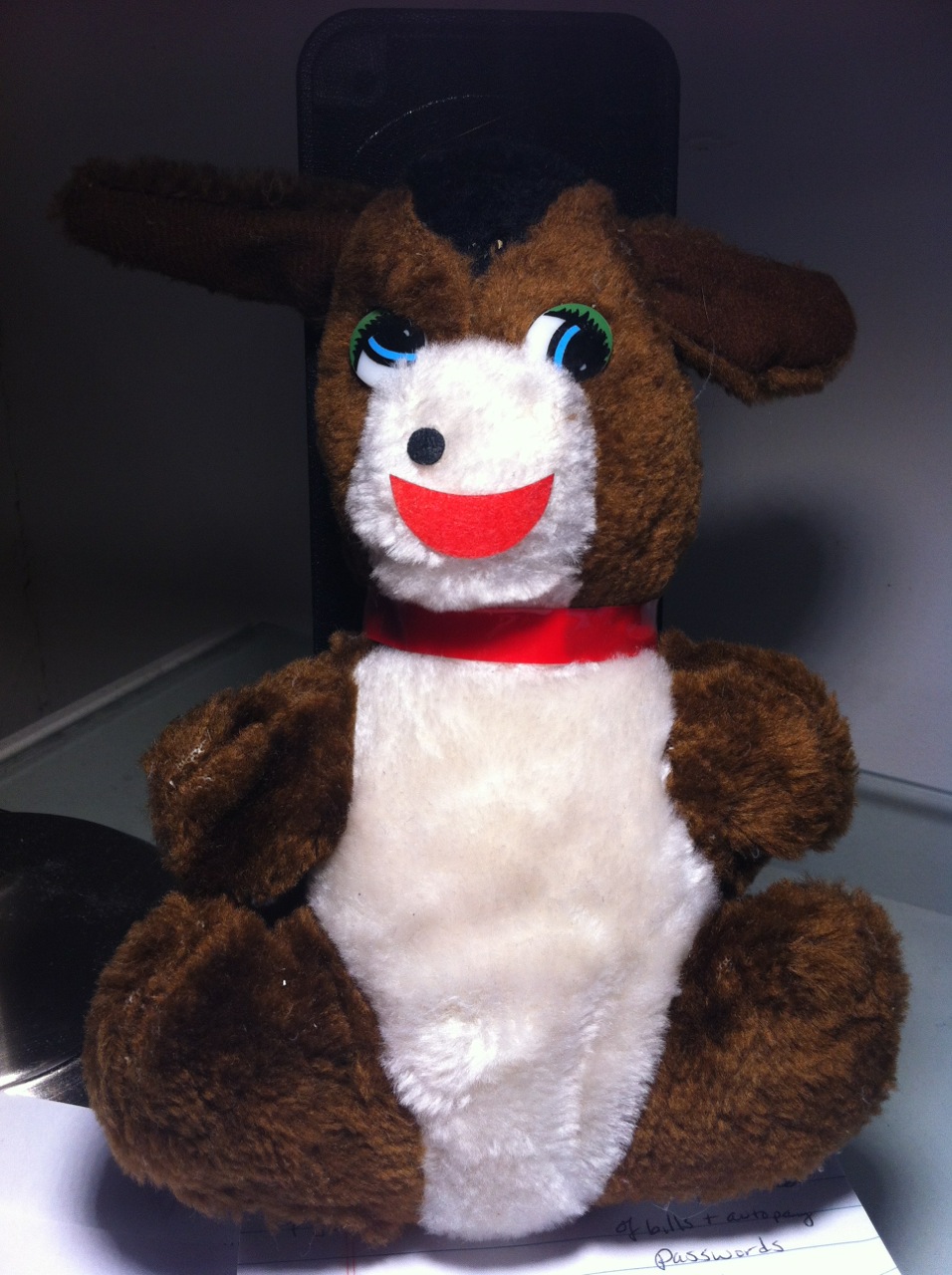 I found this stuffed donkey squished in the bottom of a box of summer clothes. I was surprised, because I was sure I'd thrown him away in a fit of culling.

The donkey is called Balthazar the Donkey. He was won at skee-ball in Coney Island in 1988. Not by me...by my date that evening. I didn't know him too well at the time, but he was a film buff who had, in fact, taken me and Daniel Johnston to see Bunuel's Simon of the Desert on our first meeting in 1986, back in Austin. I knew the skee-ball winner for several more years after this night, until I didn't right around the time he become well-known for his films. But that's a long and complicated story, hard to tell without some philosophical discussions, without getting to the bottom of people's motivations and egos and insecurities. I'm including my own in that.

He'd told me then that Balthazar was in a Bresson film. And then he'd probably explained the rest to me, but we went on the Wonder Wheel with a Hi8 video camera, then back to JC where we ate a pint of Chunky Monkey on my Fifth Street stoop, and I'd forgotten the details of Balthazar's namesake.

I looked them up last night. Balthazar belonged to a girl named Marie.

Ah. I get it. Twenty-six year later.