My buddy Erik, who just got his first piece published on the National Geographic* site, was getting his floors redone, so he came over to JC to stay with our friend Moe for a few nights.

Somehow, he convinced Moe that he needed Magic Eraser right now, so after I dropped off an Aerobed for Erik and we ate at Skinner's Loft, we headed to the drugstore. 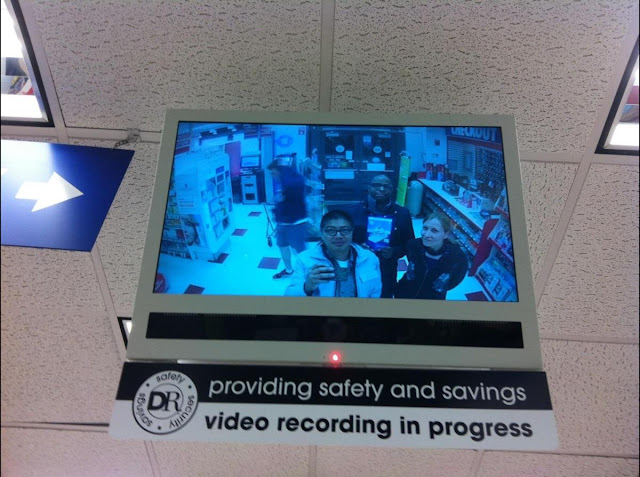 *which is great though he and Anne-Marie both wrote articles reminding me of a reviewer who went after me for saying gorilla tourism had improved the situation. Which it, uh, has. Annoying people. Did I say it saved the world? No. Did I say the cause was finished? No. Did I say gorilla tourism had helped save mountain gorillas, even as it complicates the situation? Yes, I did, now please quit trashing me for your own need to prove you have an expertise and superior knowledge, thanks.
Posted by Marie Javins at 9:43 AM