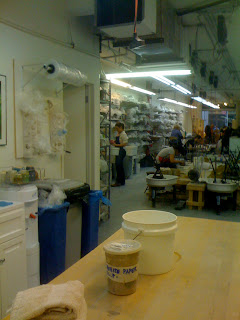 I've been out redefining the idea of being busy lately, and it's been fun, but as usual, also kind of chaotic.

A week ago, I went to La Mano Pottery near the 23rd Street PATH and took a short hand-building class. This was with a Groupon I'd picked up recently.

I loved it! I wish I could go back and do a wheel class there or at the Jersey City ceramics studio, but the semester already began in JC, and I don't even know if I'll be in town after May anyway. I hope I get into the tuition-waiver ceramics SVA class in the fall. I never know what courses are going to run and the other times I've tried to sign up, I haven't gotten in due to either a full class or a canceled class. 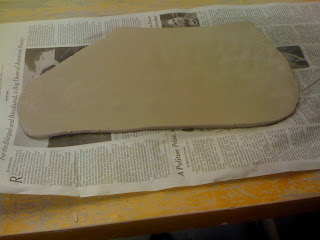 I tried some wheel-throwing classes a long, long time ago at the community center in Yellow Springs, Ohio, back when I was in college. I could never center properly. But I'd never tried hand-building, and I don't have much skill with this. 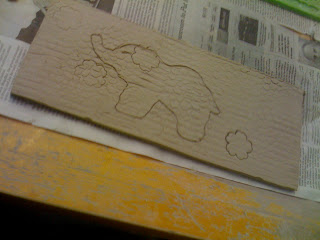 The teacher gave us all flat bits of clay and showed us how to roll textures onto it.


I realized too late that the elephant would work better if the mug actually were shaped like an elephant and had a trunk that acted as the handle. But that's far, far beyond my skill level, so I made an exceedingly average mug instead. When I looked at the vases other students had made, I was kind of embarrassed by my half-assed mug.

I rolled on the texture using some screens, then squished the flat clay into a cylinder. Now it was time to soften the lip so the person drinking from this mug (me, I assume) doesn't cut her lip. 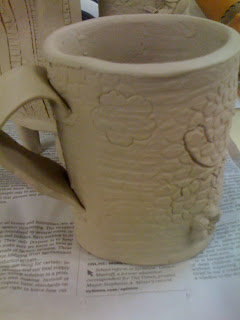 We don't get to paint the clay. It will get glazed with whatever color they use the day they fire the student creations. I paid fifteen dollars for firing and in a few weeks, we'll see the results.

Clay class was a ton of fun, and I would happily go back, even though my hands felt pretty weird and dry afterwards.

Fortunately, there was one of those $20 Chinese mani-pedi salons next door. So I finished out my evening in a bit of style.

The next week was a whirl of brunch and a 3-D printing event at Javits Center, checking out the Volunteer Expo in JC, and various celebratory birthday lunches and dinners. I meant to go to see my students' mini-comic-con on Friday but I ended up spending an hour on the phone with an insurance agent, working out my office's umbrella policy since we're closing the New York premises. Whee, that was fun. 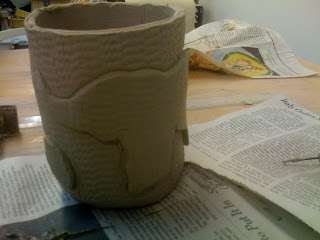 Then yesterday, I went to a WordPress workshop at SVA. I was somewhat skeptical about learning as I'm already pretty good at this here Internet-thingy, but the teacher was really articulate, plus not too slow or fast. I had tried out WordPress when I was setting up the 2011 MariesWorldTour.com and it drove me quite crazy for half a day in a Gambia hotel room.

I gave up when I just couldn't customize it the way I wanted to without paying to upgrade. I scrambled and went back to Blogger, which let you go in under the hood at that point. I'm not even sure you can anymore, but at that point, I was able to make the changes I needed to alter the template. 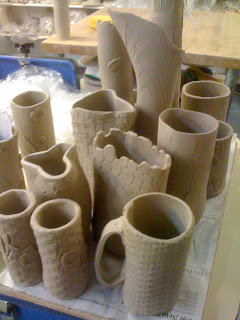 Do I know how to do this now on WordPress? Sort of. WordPress is more versatile for making a website, but the blog functions are pretty much the same on both platforms, only there are WP fees for things free on Blogger, like video upload. Though admittedly, I don't use the video function anyway as I just link to my Vimeo feed.

I'll probably use WordPress next time I update MarieJavins.com (which needs it as some of the iWeb template has quite working — you'll see it if you nose around there) and Botfriend's site. WP is definitely more versatile for making an actual website. It's all a bit weird though as the burden of making the site has transferred from the person needing to know code and how-to, and onto the server-side. I am probably old-fashioned in that I prefer to learn to fix the car, not just drive it.

The rest of the week here is already busy. I'm tired in advance. My friend John McCrea will be in town for a few days, I have the Iron Man 3 premiere, the beginning of small-group pilates, lunch with Jessica, and I'm on my friend Danny's Iron Man panel on Wednesday. I need a nap just thinking about all this.