It's Been Ten Years

It's hard for me to look at photos from ten years ago. My plan, made before the pandemic and work promotion, would have put me on the eastern coast of South America today, preparing to board a ship to West Africa. My idea for Marie's World Tour 2021 had been to head by land to Panama, sail around the Darien Gap to Cartagena, then go overland (Venezuela was an X factor) until I got to Brazil. From there, there are ships to West Africa.

But instead, I'm going to Riverside Drive to sit outside with a friend near the Toluca Lake Farmers Market. Same idea, right?

Even more nostalgia--on the first Marie's World Tour, 2001, April 4 was spent on a train from Nanning to Yangshuo. I'd boarded in Hanoi, and headed into my first-ever trip to mainland China. I remember being a bit anxious, but of course that wasn't necessary. I don't remember being anxious on the buses and shared taxes that got me from Sevare, Mali, to Djenne. I remember being tired and irritable, getting off the bus at the crossroads and waiting hours for the share taxi to fill up.

Marie's World Tour 2021 looks more like some little trips to places within a three-hour time zone radius of Burbank. 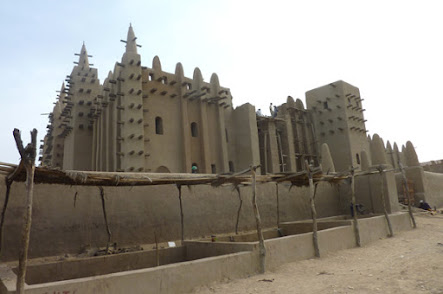 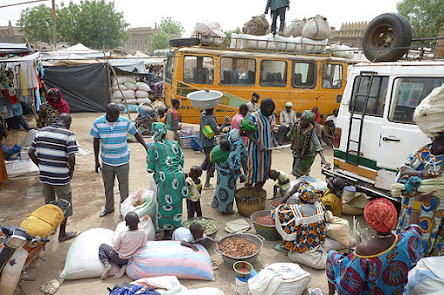 Categories: Africa, Pandemic, Travels with Myself

The structure is impressive. I recall first hearing of Djenne in a book by Michael Palin.