The roofing team showed up around 8 a.m. One of them went to knock on the convent door to request the nuns open the gate to the side of my house, while a team got to work installing the "ladder-vator," and they others went upstairs to tear off the old roof.

Demolition involved about an hour of some type of loud saw noise, various tarps being hauled up to cover the areas once exposed, and a lot of guys yelling back and forth.

The neighbors probably love me right about now.

One guy's son had the job of removing nails from the debris on the ground, thought I'm told I'll be finding nails and bits of roof for years to come.

I couldn't find the cats to try to lure them downstairs into my apartment. The second noises started outside, they disappeared. One of then learned how to hide behind the stove.

I'd been wondering how long it had been since the roof had been replaced, but the roofers told me likely never—new layers had just been piled on since the house was built in 1895. It's had at least four owners in the modern era, and there was a gap of about ten years right after the Great Depression when it was owned by a bank. An immigrant family from Hungary bought my house in the 1940s, and held onto it until the nineties. 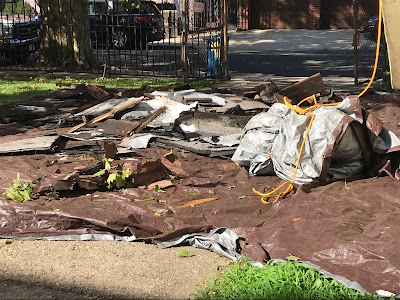 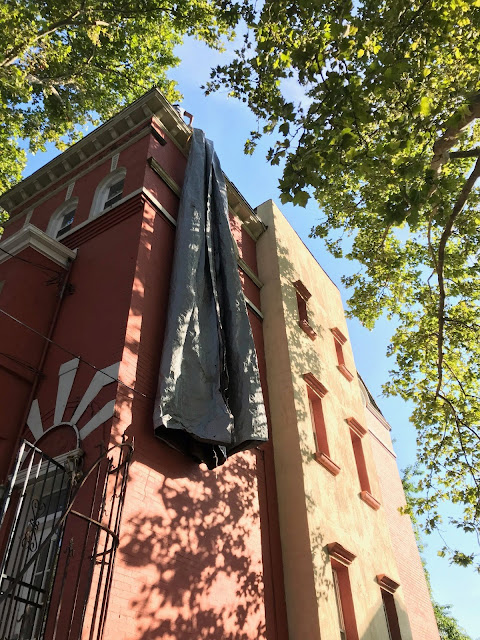