Back in September, when I was home for a few weeks, I made a trip down to City Hall to see if they had any old photos of my house.

JC used to have a great collection of photos, but they were damaged in the flood waters of Hurricane Sandy, the same flood that dumped four feet of water into my basement.

(I wasn't there at the time. I was safely above the water on a 4th-floor apartment in Hamilton Park. The previous owner had to sort out the flooded basement in Lafayette.)

City Hall had low-res photocopies of photos of my house, so I took those. It's hard to see exactly what my "tin house" looked like, but when I walk down the block, I see earlier restorations. I don't know how accurate they are, because Lafayette isn't legally a historic district, thus there is no requirement to restore facades to their 1938 appearance.

I hope the photos are eventually restored, and meanwhile, I'll have to take my best guess from the photos and from the restorations on the rest of the block. 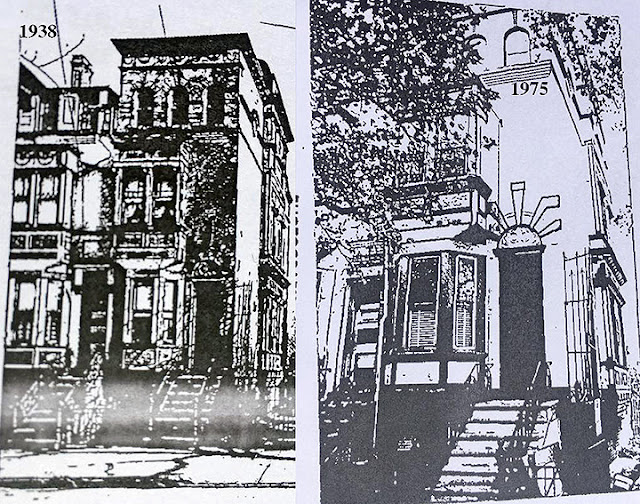