I was heading to work one morning -- yes, I have a job now, at least for a while -- and I passed this sign in the cursed restaurant space: 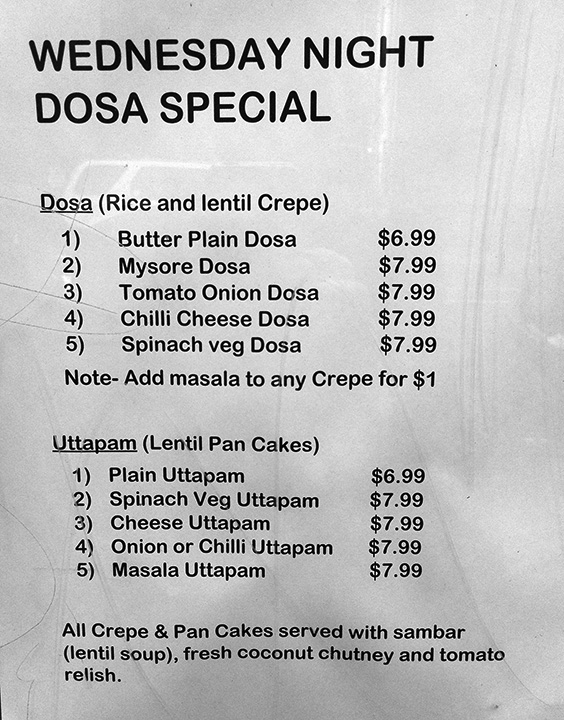 Why do I say cursed? Well, it's been so many restaurants over the years. The Parkside Bistro lasted a few years, and I'd call from the PATH with my order (always the same, involving cauliflower and potatoes), then pick it up ten minutes later on my way home. I even had dinner there with a few men along the way, back when I used to do that sort of thing.

The rent is pretty high in this space, and I think that's what keeps restaurants shutting frequently. The owner of the space has a bad rep too, but I have no idea what that bit of info is based on.

A Mexican restaurant took up residence for a while, and did great during the hurricane, but poorly after that. It's wasn't very good.

Now we have an Indian restaurant, which seems to always be jumping.

And now they have this.

That same night, the Wednesday I saw the sign, I gave it a try. 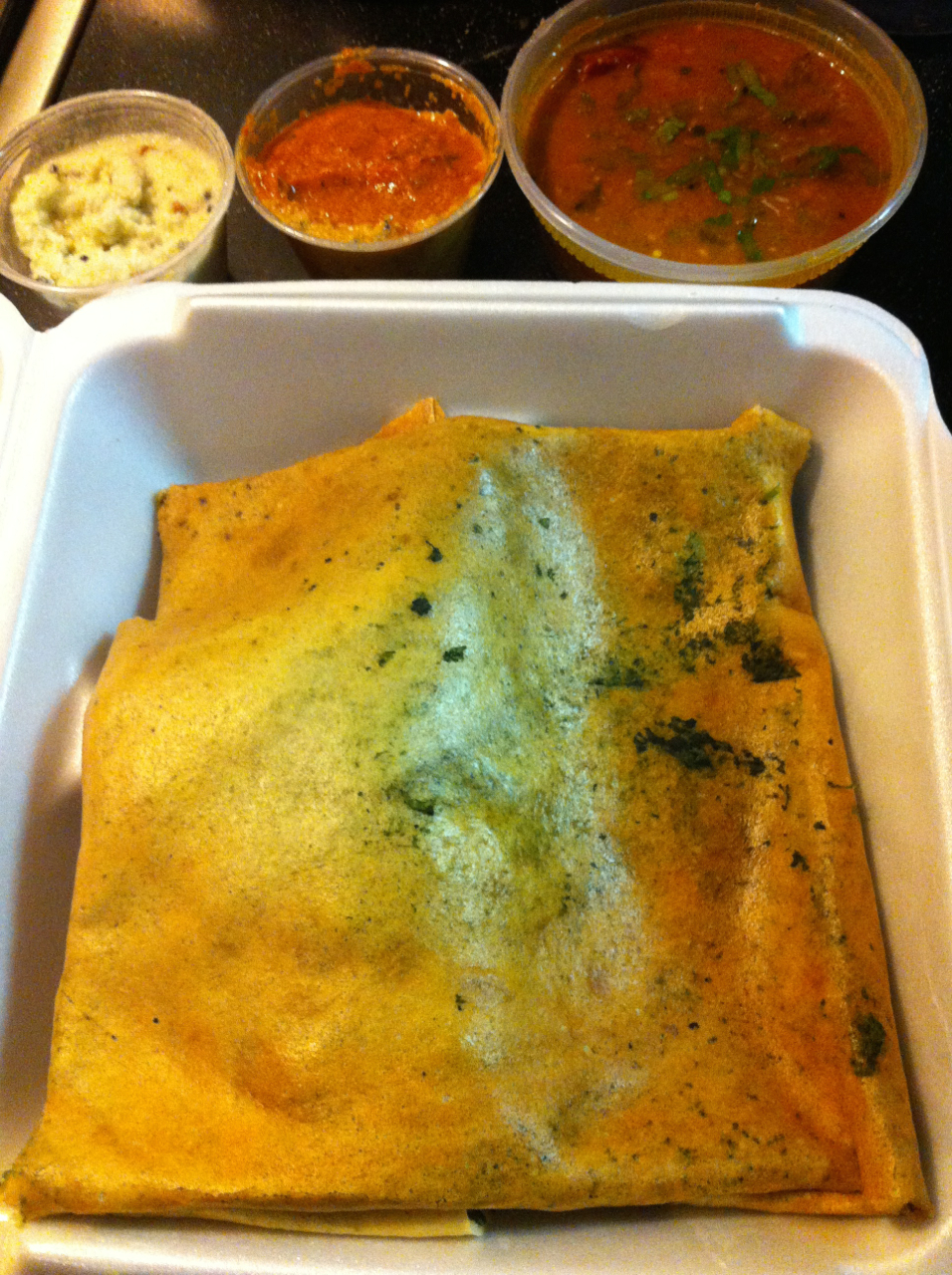 Pretty good! But then, we have two dosa carry-outs in the food court two blocks away at Newport. So it's not quite as delightful as it would be if, say, a fabulous healthy food joint opened. But we'll take it. A dosa is good enough for a Wednesday night.